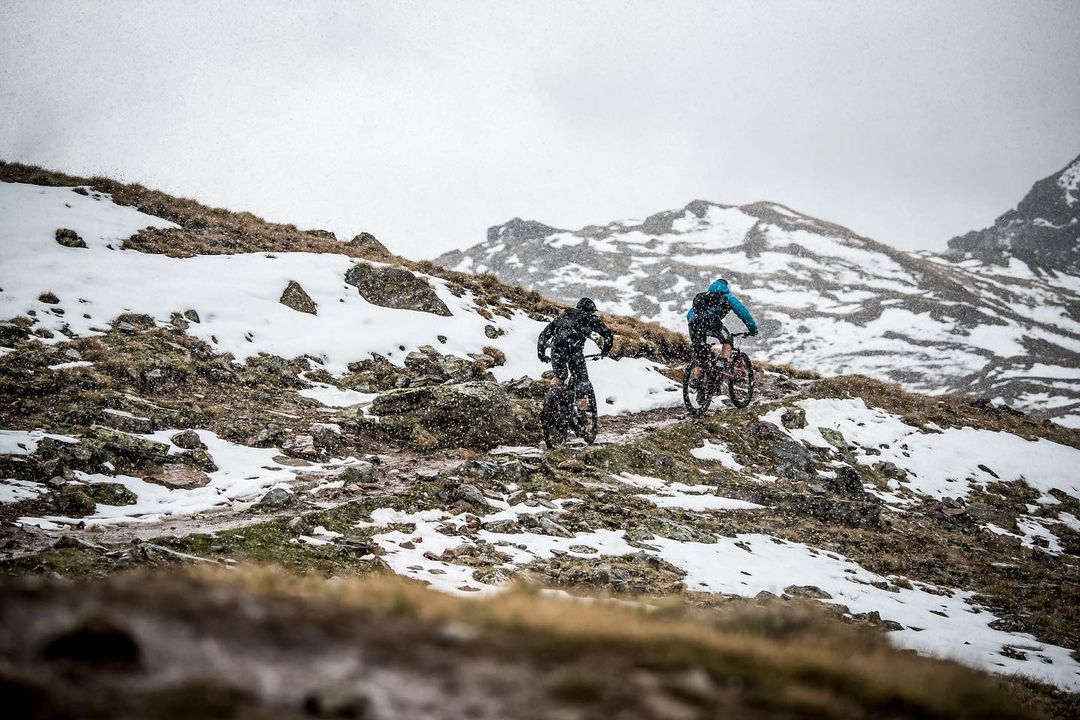 One of 5’s: Why endurance is important?

One of 5’s: Why endurance is important?

Exercise and Strength & Conditioning applications aim to trigger responses and improvements to certain physiological levels using different pathways played by the rules, the genetic code. Therefore it seems an acceptable strategy that Exercise and Strength & Conditioning sets its targets on the very fundamentals of exercise physiology. In consequence no matter what orientation, any exercise application per equal is based on the fundamentals of its true functional existence. Different orientations will lead to certain outcomes, driven by the ATHL S-Core fitness spectrum based on: BALANCE, STRENGTH, METABOLISM, ENDURANCE and RECOVERY. 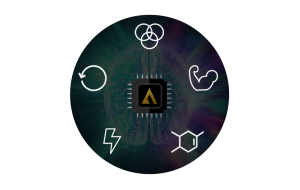 Why endurance is important?

Endurance is a manifestation of strength, thanks to the musculoskeletal system and its particular ability of generating movement. Endurance can be understood as physical work or as a sustained amount of force produced and its efficiency maintained over time. Endurance and work have a close relationship with power but mathematically, in physics do not describe the same. Meanwhile power its time dependant, and reflects how fast a force is applied in a instant of time, work is distance dependant, and measures how long force is applied to move something.  The complexity of measure “work” in biomechanics it is difficult due to human anatomical nature involving multiple joints, segments displacement and multiple force production. For this reason work is applied to an object or simplified to a more comprehensive system where distance can be measured. In other words endurance reflects the quantity of energy transferred to move. Work is measured in Joules which is the work required to exert a force of one newton through a displacement of one meter. Although this unit does not has common application in exercise science.

Long story short. If a box is moved, work is done. If keeps moving, a greater amount of work will be completed. This simplicity gets overridden when movement which implies distance, velocity and time gets into play. In physics, mathematically a problem can solve accurately and detail a picture of that precise moment, but physiologically to many dynamic biological factors regulates how we move. This reality makes SC an ideal tool to target multiple regulation factors to ensure function optimization and progression towards achieving movement.
Since muscle contraction depends on neurological, structural and metabolic factors and those have thresholds and limits, keeping work done at a certain rate can bring a complete challenge. This applies to a large variety of situations, for example aging where its consequences can lead to decreased functionality diminishing the capacity to climb certain amount of stairs or for example a triathlete willing to complete an event within a goal mark. Absolutely different scenarios, different outcomes however in both alike work rate is challenged, meanwhile at the same time both rely on the same physiological mechanisms regulation systems.

How much mechanical work or movement can be produced over a period of time implies a relative strain or toll to all body systems, if its either maximal or sub-maximal. Add up intensity, by increased movement velocity, total distance to cover, or total work need it, completely modulates the demands of muscle contraction capacities. Increased intensity affects muscle neurological systems, muscle energy metabolism and in consequence increased requirements in cardiovascular and respiratory systems in order to supply the additional demand meanwhile maintain normal body function.

Every single organism has different adaptations and tolerance to physical exertion which ultimately will lead into fatigue. That is why endurance is important. Any scenario is trainable, endurance is one of the elemental pillars of fitness to build tolerance, increase efficiency and performance through exercise prescription. No matter what, increased or sustained intensity will lead to biologic systems stress and functional impairment with potential structural integrity failure. In this terms failure can imply injury. Fatigue can be acute or chronic. Acute fatigue can affect generally as puntual exertion and tiredness or specifically, for example impaired neuromotor firing challenging balance or altered electrolyte homeostasis triggering involuntary muscle contractions. Chronic fatigue can impair long term structures or system functions.

The endurance conception involves the coordination of the 5 pillars of fitness (Balance, Strength, Metabolism, Endurance and Recovery). Endurance per se is a manifestation of strength within a work framework emphatization extending the its impact from a physiological and mechanical point of view. Additionally different strength types can be applied depending on force outcomes profiles need it to complete the work. Endurance involves metabolism, its functions and different profiles, to fulfill and maintain the energy demands, to tolerate the stress and alterations of for how long force or an activity needs to be maintained. Endurance can challenges neuromotor function due to relative prolonged time of function and nervous system acute fatigue and therefore, impair balance component . Ultimately, metabolic, neurological and mechanical stress can condition central nervous system modulation processes, soft tissue mechanotranductional pathways and other systems with the aim to recover, affecting its functions and time frames behaviours.

Avoiding to talk about any sport discipline or required body functionality highlights the true nature of endurance. Endurance as a goal can be identified by everyone to their relative interest and necessity in their daily life, physical or sport quests.
Endurance complex connections brought simplicity to formulate 3 main questions where the interrelation of physiology and mechanical point of views to achieve the target merge. Those are:

1. Can I “do that” for that long?, implies to maintain body structural integrity, by strength and balance, and the metabolic function and efficiency to successfully meet the target.
2. Can I “do that” that fast?, implies by nature increase the level of intensity, stressing metabolic functions and coupling systems, strength production and tolerance. Here is where metabolic thresholds, strength and the close relationship of work and power merge. Power can be a tool to modulate work rate, as well as intensity and metabolic toll.
3. Do I need to “do that” that long faster? Questions the purpose, do the means justify the end. Common miss practice of exercise prescription implementation where, exposure to certain stimulus (increased intensity) can be hazardous or unnecessary due to a particular scenario, due to inadequate tolerance or due to inadequate goal progression.

! To figure out your endurance goals or condition, substitute “do that” for any physical task, quest, challenge or target you are engaged or willing to engage. (Examples: Play with the kids, climb stairs, play a game, run, swim, row, cycle, ride, hike up, shred downhill,…)

Endurance in the spectrum

Endurance can bring fitness components to the limits, in a way that even sub-maximal exercise, which does not look or perceived as harmful can lead to system stress and integrity failure.

Endurance is a valuable component within the SC spectrum allowing to, through biologic adaptations and enhanced physiology efficiency, increase or maintain work rates for skill acquisition, sport or athletic training as well as keep improving fitness components itself moving along with a sound and safe progression.
However, its value and its benefits must coordinate in an fitness strategy, including the 5 attributes (Balance, Strength, Metabolism, Endurance and Recovery), to modulate intensity, volume of activity and progression but most important its tolerance avoiding persistent over stress scenarios.
Strength & Conditioning programs allow target and progression planing of a large list of physiological adaptations which can be set as a progression guide in PLUS plans or accurately selected to target specific individual needs, demands or any scenario in PREMIUM plans.

Endurance, more than the hall of fame

Endurance has become popular in population and sports due to attractive longer challenges, environments and quests in athletics and multi-sport events like triathlons, trail running, marathons, cycling,… Endurance athletes are known to push their bodies to the limits with the goal to perform more, better and ultimate win. On the other hand mountaineers and alpinists, are not called endurance athletes however the component of endurance is essential not only for their success on refined or basic skills to achieve their quest, it can make the difference in fatigue and decision making, a difference between life and death.

Its not the aim of this article to compare, devalue, judge or underestimate any physical activity and sports since in these variety there is immense beauty. However, this entails a deep and powerful reflection about where the true nature of endurance is and how and why it fits in the SC spectrum. This unlocks endurance nature, standing for its broad application and its potential benefits not only in sport and adventure.
Properly increased endurance indicates a more sound Strength and Conditioning profile and stabilized relation within the fitness components supporting a strong and functional balanced physiology. The main goal, health.

Endurance reflects the quantity of energy transferred to move. Can be understood as physical work or as a sustained amount of force produced and its efficiency maintained over time. Every single organism has different adaptations and tolerance to physical exertion which ultimately will lead into fatigue. That is why endurance is important.
Endurance and work have a close relationship with power but mathematically, in physics do not describe the same. Metabolic, physiological and mechanical thresholds and indicators can be a tool to modulate work rate, as well as exercise intensity and ultimately the metabolism toll. Movement produced over a period of time implies a relative strain or toll to all body systems, if its either maximal or sub-maximal.
The endurance conception involves the coordination of the 5 pillars of fitness (Balance, Strength, Metabolism, Endurance and Recovery) its synergy allow to modulate intensity, volume of activity, progression and tolerance avoiding persistent over stress scenarios which can lead to injury, system dysfunction and plateaus.

The true nature of endurance as an attribute of one of the 5’s and how it fits in the SC spectrum unlocks its applications and its potential benefits, not only in athletic sports and adventure quests, to health outcomes and skill acquisition as well.

Find why an Exercise and Strength & Conditioning program will contribute to improve and optimize performance and functional capacity for health and athletics through the #Exercisepotential. Learn more here: 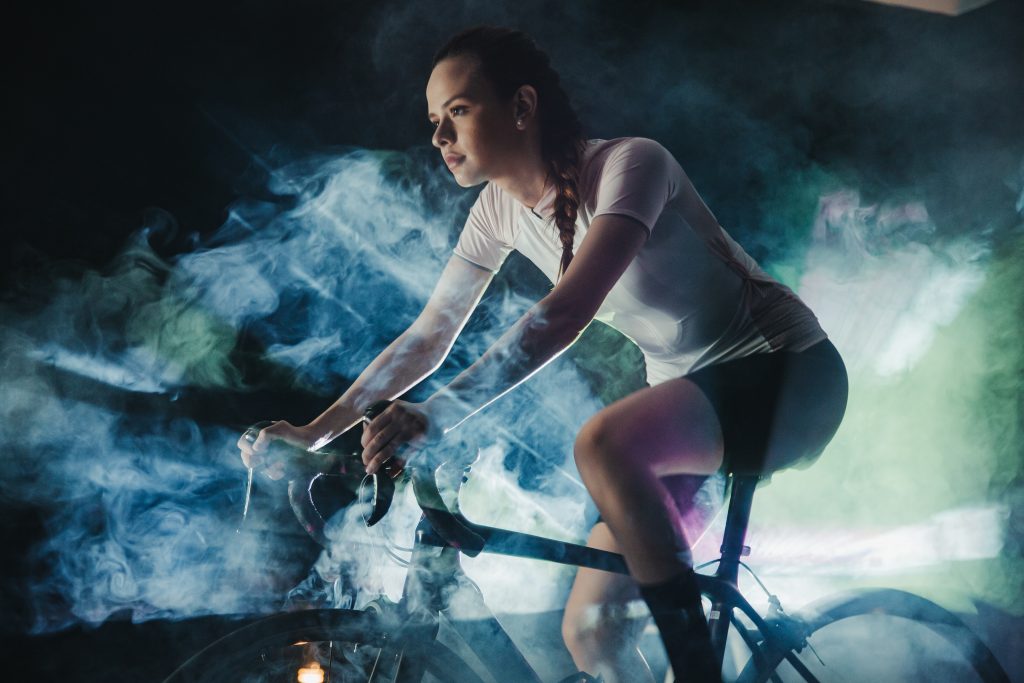 Previous Post One of 5's: Why metabolism is vital? 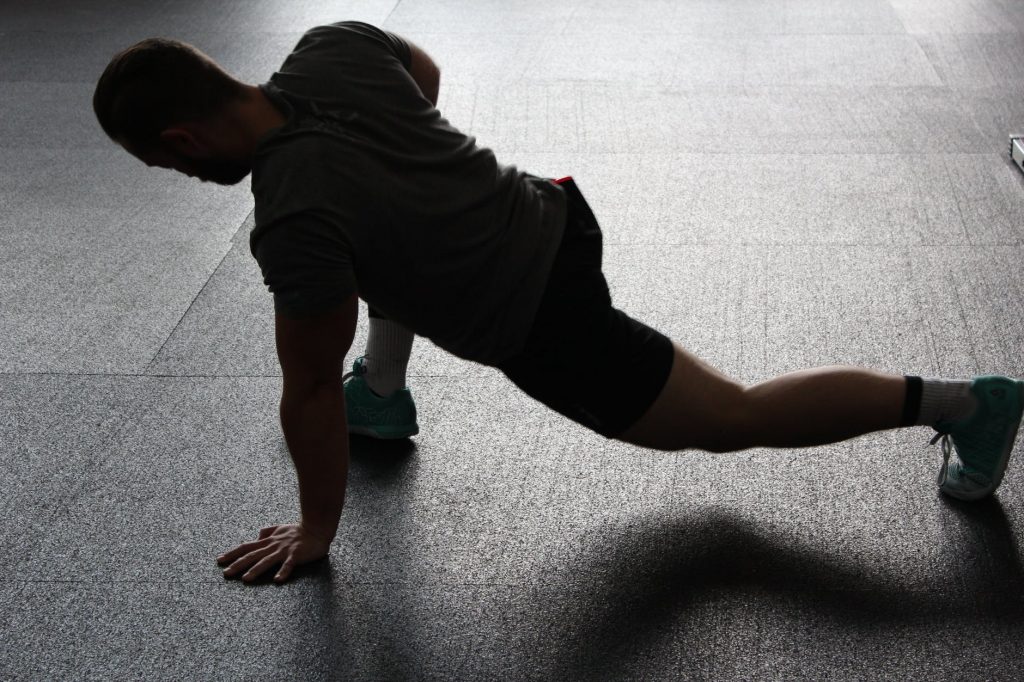 Next Post One of 5's: Why recovery is noteworthy?